THUNDER AND THE HOUSE OF MAGIC Review

THUNDER AND THE HOUSE OF MAGIC is a whimsical animated family adventure, bringing to life a unique story with a great sense of humor, positive values and universal appeal.  Brimming with spectacular animation and endearing characters, this internationally acclaimed motion picture delivers a fun and captivating movie experience for the entire family.

The film tells the story of Thunder, an abandoned young cat who stumbles into a magical old mansion operated by a dazzling array of automatons and gizmos. Owned by a retired magician, the house is occupied by an assortment of his wacky assistants who don't all welcome the new houseguest. But when the magician lands in the hospital and his scheming nephew puts the mansion up for sale, our young hero and his new friends join forces to save their magical home.

Filled with laughter and adventure, THUNDER AND THE HOUSE OF MAGIC is a wonderful tale that you and your little ones will love.

Visit www.thunderandthehouseofmagic.com for more information about the movie.

I saw the trailer and I thought that Thunder and the House of Magic looked like it would be a cute and fun movie to watch.

I watched it on the day I received it because I wasn't feeling well and I was stuck at home .  I am so glad I watched it because it is a fun, cute and funny movie.  It is very well done with great acting, great story and awesome graphics.

Thunder and the House of Magic is a fantastic movie for the entire family .

Thunder and the House of Magic is now available online and in stores near you.
Posted by Chantale at Tuesday, September 30, 2014 No comments:

I do love jewelry. I do not wear it often but I do like to wear some when my husband and I have date nights or when we have to go to his work's parties. 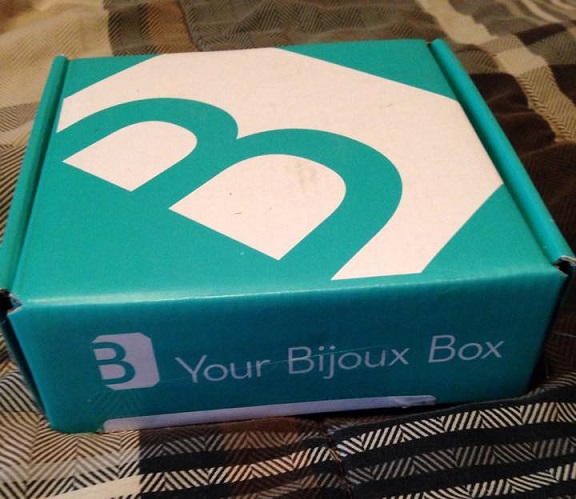 About Your Bijoux Box

Your Bijoux Box is a subscription box. You get 3 pieces of jewelry every month. There are different subscriptions options you can get 1 month for $35USD, 3 months for $99USD (every 3 months) , 6 months for $196USD (every 6 months) but there are more options. Just go to the subscription page to find out more . You can unsubscribe at any time. 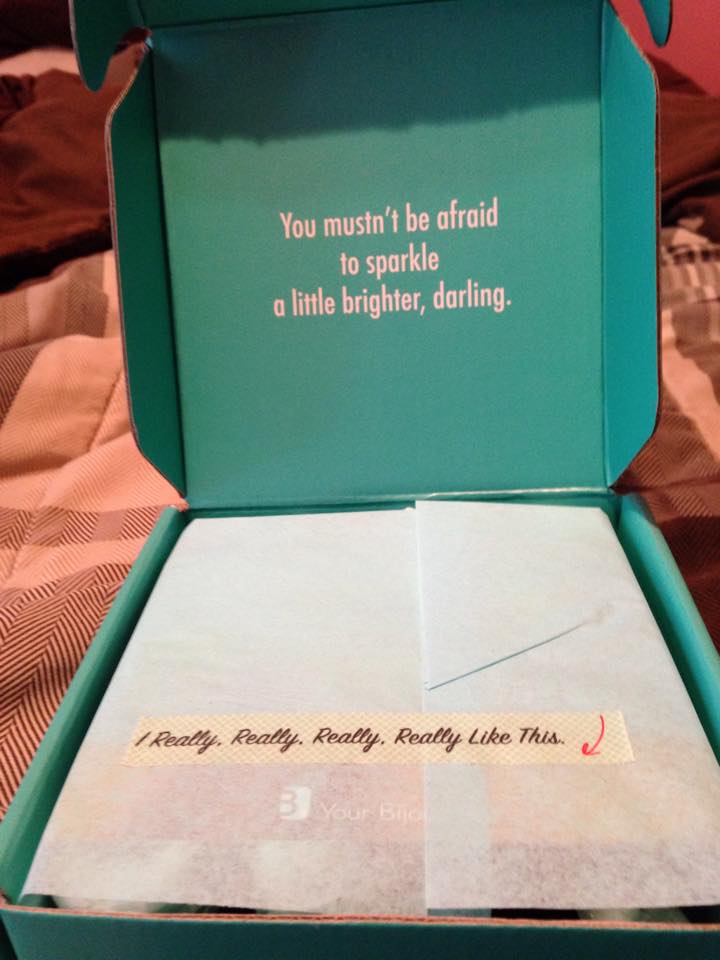 Each piece of jewelry come in their own little bags 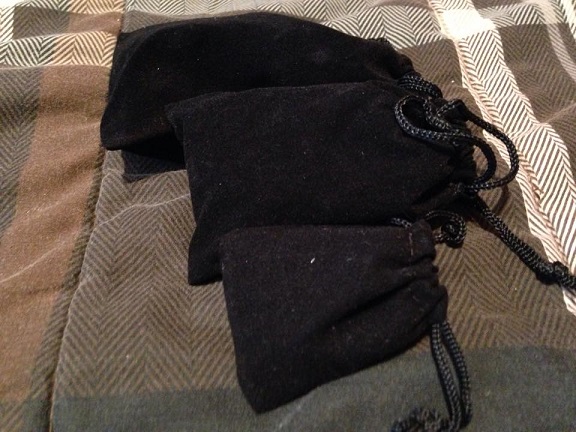 Here is what was in the September box


I absolutely love every piece of jewelry that came in this month's Your Bijoux Box.  They are all very well made and good quality . At first I wasn't sure about the earrings but after a few hours of wearing them I actually started to like them. The necklace and bracelet I have loved as soon as I saw them.

Do I think this box is worth the price? Yes I do and I actually highly recommend Your Bijoux Box . 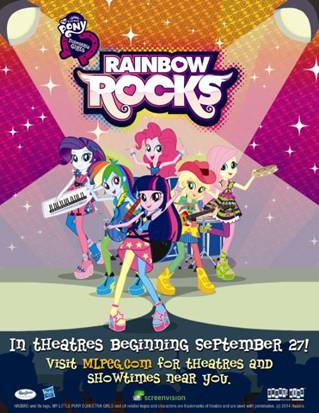 My Little Pony Equestria Girls: Rainbow Rocks finds Canterlot High (CHS) hosting a musical showcase, and Rainbow Dash, Applejack, Pinkie Pie, Rarity, and Fluttershy are going to be performing with their new band, The Rainbooms. But when The Dazzlings, a new girl group, arrive at CHS and convince everyone to turn the friendly showcase into a Battle of the Bands, tensions mount between the competing musical acts. A now-reformed Sunset Shimmer realizes that the Dazzlings may not be ordinary girls and are after something far more sinister than just being named Best Band at Canterlot High. The Rainbooms call on Princess Twilight to restore harmony to their world to help them perform a musical counter-spell so that they can win a battle that now determines the fate of the entire school!

One lucky winner will receive a family pass of 4 to go see My Little Pony Rainbow Rocks at Cineplex on October 5th.

This giveaway is for Ontario only and only at selected theaters.   Here is the list to choose from: 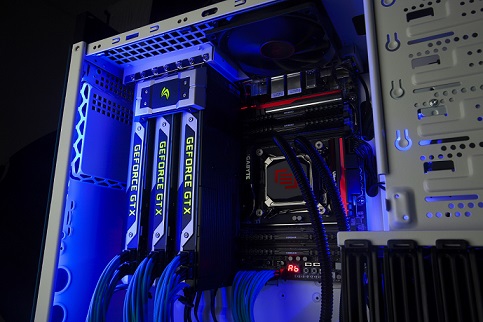 The Maxwell architecture is based on the same 28nm manufacturing process as Kepler, but offers more precise control that improves performance per core by 135 percent, and it doubles the GPU’s performance per watt compared to the previous Kepler architecture. With twice the performance of prior-generation cards* and exciting new gaming technologies, this innovative GPU provides an elite experience on virtual reality, HD and ultra-resolution 4K displays.

"MAINGEAR is always on the bleeding edge of high performance hardware and the NVIDIA GTX 980 continues that tradition," said Wallace Santos, CEO and Founder of MAINGEAR. "To use a high performance car analogy, with the raw power of a monster V8 and the efficiency of a hybrid, NVIDIA's 980s series is the perfect blend of performance and power efficiency."

The NVIDIA GeForce GTX 970 and GTX 980 graphics will be available on the SHIFT, F131, Vybe, Rush and Force MAINGEAR desktops. All MAINGEAR products are supported with lifetime labor and phone support in the US, along with one to three year hardware warranty options.

MAINGEAR is an innovative high performance PC system builder that offers custom desktops, notebooks and workstations. Each system is hand crafted for precision performance and uncompromised quality, and has won multiple Editors' Choice awards from publications such as PC Gamer, Hot Hardware, PC World, Maximum PC, Computer Shopper and more. With a passion to build the best high performance computers, MAINGEAR will continue to set the standard among system builders. MAINGEAR's expert team custom builds and supports all products in the United States. For more information visit: http://www.maingear.com
Posted by Chantale at Friday, September 19, 2014 No comments: 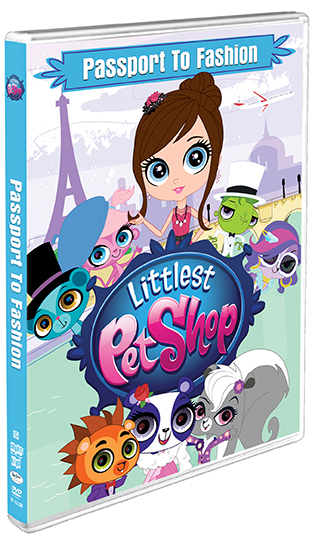 Blythe Baxter has two amazing gifts – she can talk to animals and can create amazing fashion!  Together with her pet friends- Zoe the spaniel, Pepper the skunk, Sunil the mongoose, Russell the hedgehog, Penny the panda, Vinnie the gecko and Minka the monkey, Blythe is determined to make her dream of a career in fashion come true. On September 23rd, 2014,  join the fun as Blythe and her friends take their adventures global with Littlest Pet Shop: Passport to Fashion,  a new DVD collection from Shout! Factory, in collaboration with Hasbro Studios. Join Blythe and her animal friends as they visit exotic cities such as Paris, Rio and Shanghai and learn that true friends will support you no matter what!

I have watched and reviewed a couple of other Littlest Pet Shops dvds in the past and I did enjoy them.  This one is just as good as the others I have reviewed.  The episodes are very well done and are colouful. The episodes are fun and entertaining.

If you have a child who loves Littlest Pet Shop than I think this is some thing to get them.

Littlest Pet Shop: Passport to Fashion will be available in stores September 23rd, 2014.
Posted by Chantale at Thursday, September 18, 2014 No comments:

CELEBRATE HALLOWEEN WITH ONE OF THE FUNNIEST FILMS OF ALL TIME 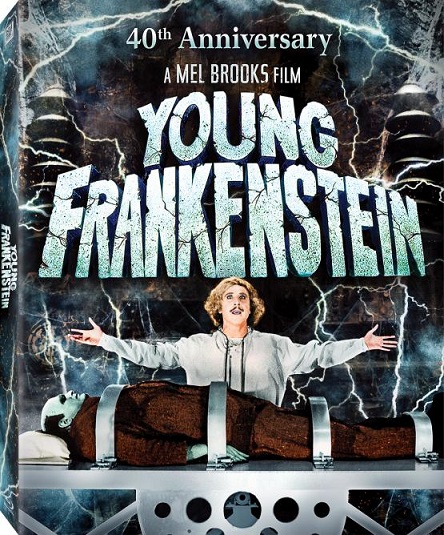 Soccer Physics is the newest game by Otto Ojala, who we already know from hits such as Tug the Table and Wrestle Jump. This time, you have to beat your opponent (which can be another player or the computer) in a soccer game.

I have played Soccer Physics a few times these past few days and at first I thought it would be boring but after the first time I have played it I thought it wasn't so bad. I mean it is simple and I think this is a good time killer if you are bored.  The graphics are not the greatest but I like said it will keep you entertained for a bit . 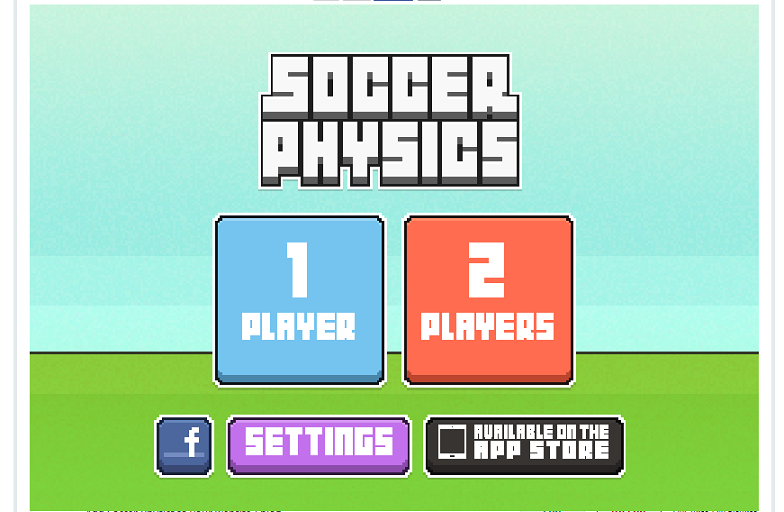 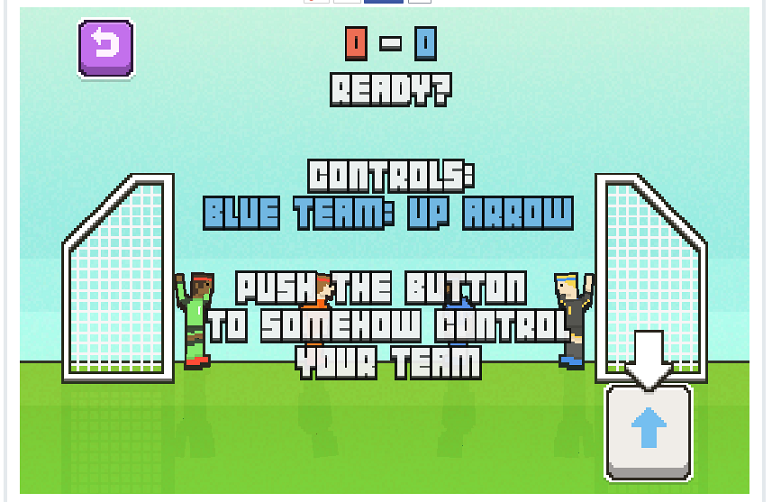 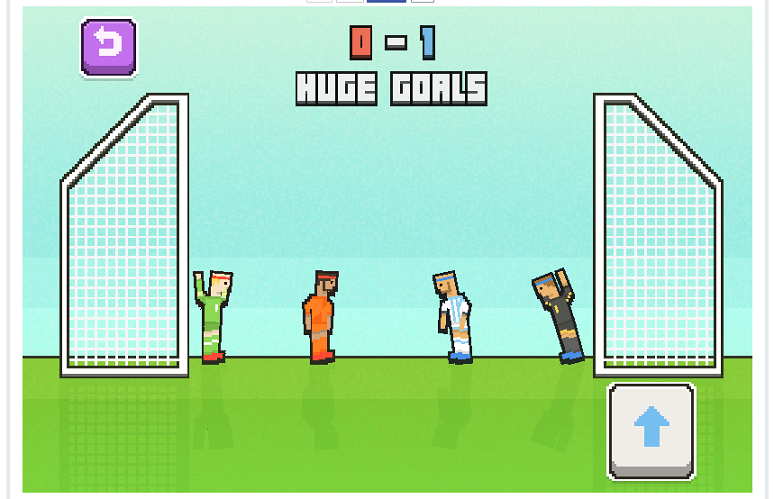 If this game isn't for you there are many other games at Crazy Games that will interest you. I spent a few hours playing a bunch of different games and found quite a few that I know I will be playing again and again in the near future.