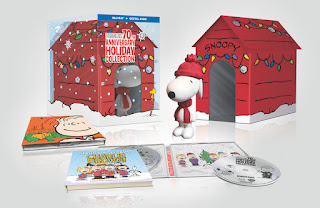 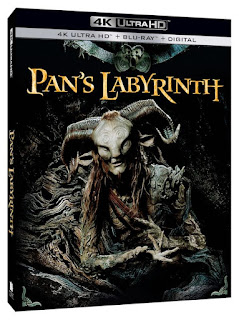 Following a bloody civil war, young Ofelia enters a world of unimaginable cruelty when she moves in with her new stepfather, a tyrannical military officer.  Armed with only her imagination, Ofelia discovers a mysterious labyrinth and meets a faun who sets her on a path to saving herself and her ailing mother.  But soon, the lines between fantasy and reality begin to blur, and before Ofelia can turn back, she finds herself at the center of a ferocious battle between good and evil.

Own Pan’s Labyrinth on 4K UHD Combo Pack and Digital on October 1.

This movie came out back in 2006 and I admit that in all those years I had never seen this movie until last weekend. I can't believe I just finally saw it because it is so up to the kind of movies I prefer. I mean dark Fantasy movies.

I am so happy to say that I just absolutely loved this movie.  I found it very well done and I was so sucked into it that I found the time when so fast.

This movie is entertaining and very much visually stunning.