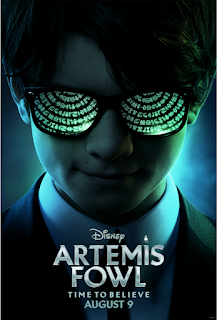 For those of you who don't know, Swagbucks.ca is the leading destination for users who want to make money or get free gift cards online and get cash back on purchases. You can make money by doing things you already do online anyways like searching the web, watching videos, and answering surveys. You can also get cash back for purchases made through our site or apps, such as the SB Answer App. Use my sign up link here to join Swagbucks today!

Also, some exciting news for Toronto residents! Swagbucks currently has a new special promo running in Toronto that offers 500 SB (that's equivalent to $5) from a single survey! All you have to do is visit the Eaton Centre with your Location enabled SB Answer app and complete a survey about your experience!
It's all part of a new program they've launched called Local Missions!

What are Local Missions?
Local missions are surveys based on a place you’ve visited or a purchase you’ve made at a local store.

How do I get invited or find out about a local mission?
1- Get the Swagbucks Answer app, available for iOS and Android.
2- Enable Location sharing – this feature turns on surveys when you visit a location that has a hidden mission.
3- Turn on notifications so you can get a mission alert. Let’s say you are standing in line at Tim Horton’s for your morning coffee and that is one of our local mission spots. Your phone will notify you and link you directly to the App where you can complete your survey and earn SB.

What do I earn?
Payouts vary by mission difficulty. Currently, we have missions paying upwards of $5.
Will I get disqualified?
Typically, local mission surveys don’t have restrictions other than your presence in a certain location. Some may require a purchase so you can rate your experience or the service you got. It could be about the food at a restaurant or the expertise of a salesperson helping you or just how clean and organized the store was. Every local mission has a limited number of invitations, so you can’t waste time.

Attention: Members in the Toronto Area, visit CF’s Eaton Centre for a local mission worth 500 SB.

Attention: Members nationwide, we have a new mission coming soon at a gas station near you!
Get ready and happy hunting!
Posted by Chantale at Friday, November 23, 2018 No comments: 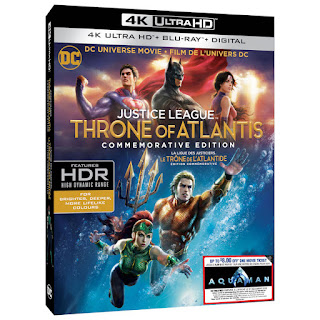 You have a gamer on your list this year? I do have a few suggestions for you. 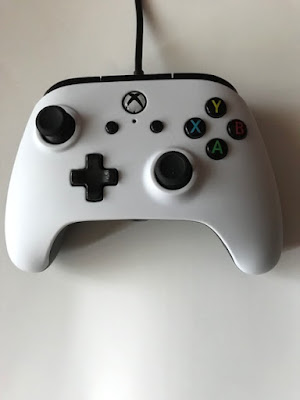 This is a good Xbox One controller that can also be used for gaming on Windows PC as well. I have not used it but my husband has been using it for a week now and he said it is a good one. It works well when he played games on Steam on his PC and it was easy to set up. The USB cable is very long which is perfect for gaming on the Xbox One. 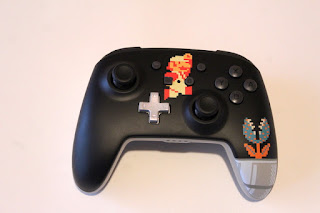 I have used this one a few times in the past few days and I do actually like it. I do have small hands and it would have been nice if this controller was a bit smaller for kids with smaller hands but other than that I am liking this controller.
It was easy to set up and I love the motion controls.
There are a few designs to choose.


https://www.powera.com/products/enhanced-wireless-controller-for-nintendo-switch-retro-mario/
Posted by Chantale at Friday, November 16, 2018 No comments: 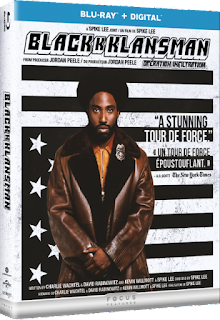 From visionary filmmaker Spike Lee comes the incredible true story of an American hero. In the early 1970s Ron Stallworth (Washington) becomes the first African-American detective in the Colorado Springs Police Department. Determined to make a difference, he bravely sets out on a dangerous mission: infiltrate and expose the Ku Klux Klan. He recruits a seasoned colleague, Flip Zimmerman (Driver), into the undercover investigation. Together, they team up to take down the extremist organization aiming to garner mainstream appeal. BlacKkKlansman offers an unflinching, true-life examination of race relations in 1970s America that is just as relevant in today’s tumultuous world.

Packed with bold and provocative moments from beginning to end, BlacKkKlansman on 4K Ultra HD, Blu-ray™, DVD and Digital comes with exclusive bonus content that will take viewers deeper into this timely and moving true story.

Posted by Chantale at Tuesday, November 13, 2018 No comments:

Every year since my husband and I started living together I have been buying new Christmas ornaments. I am picky so it takes me forever to find something that both my husband and I like.  We don't want anything fancy but we both absolutely love Ornaments With Love.
I have spent quite some time looking through their site and I had a hard time picking just one because there were many that I wanted and I know that my husband would like but after about an hour of search Ornaments With Love I finally picked one that we both loved the most. 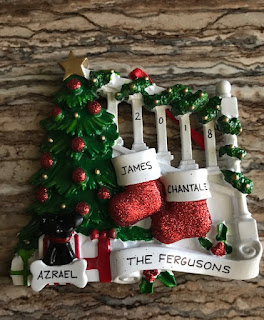 Ornaments With Love has many ornaments for pretty much everyone and you can get your ornaments personalized at no extra cost.

Check them out.  Those ornaments make great gifts.

All throughout November you can earn large bonuses when sign up as my referral on Swagbucks. Swagbucks is a rewards site where you earn points (called SB) for things you're probably doing online already, like searching the web, watching videos, shopping, discovering deals, and taking surveys. Then you take those points and exchange them for gift cards to places like Amazon, Target, or PayPal cash. When you sign up through me this month, you can earn a 500 SB bonus! Here's how: 1. Sign up using this link 2. Earn 500 SB total before December 1st, 2018. You'll get a 500 SB bonus for it!  3. That's it. It's super easy, and Swagbucks is for real. I use it myself, and I've earned over $30 last month in Amazon Canada gift cards.
Posted by Chantale at Sunday, November 04, 2018 No comments: