THE LEFTOVERS: THE COMPLETE FIRST SEASON Available on Blu-ray and DVD October 6, 2015 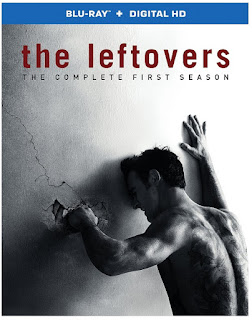 “With the third strongest series premiere for HBO in 2014, we know fans are just as excited as we are to add The Leftovers: The Complete First Season to their collection.” said Rosemary Markson, WBHE Senior Vice President, Television Marketing. “Fans who were already hooked as well as those soon-to-be can now catch up or relive the mystery prior to the season two premiere.” 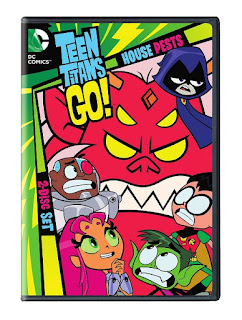 
Teen Titans are a GO, GO, GO! Join DC Comics characters Robin, Raven, Starfire, Beast Boy, and Cyborg in their never-ending quest for goof, justice and maybe a little couch time. Things kick off with a backwards battle as Robin faces off against his Bizzaro World counterpart, Nibor. Raven is pushed to her limits during Crazy Day and it’s anything but a vacation when the Teen Titans visit Starfire’s home world. Don’t miss a single serving as the Titans have their hands full keepin’ the scene both crime-free and boredom-free in this all-new 2-disc collection!

I love super hero cartoons and I thought this one is cute.  Very entertaining and fun.

Posted by Chantale at Thursday, August 27, 2015 No comments:


Here is a little bit about Sizzi Glam Bag:

Currently only ships in  Canada

Here is what I received in this month's package:


What do I think of August's Sizzi Glam Bag?   I like it and it is worth the $18 . Each products in this package are ones I have been using since I received this month's bag.
Posted by Chantale at Wednesday, August 26, 2015 No comments:

What is Dapper Box?  Dapper Box is a monthly menswear accessories company that sends an array of 4-5 items a month for $29, or less.

This is what came in the box 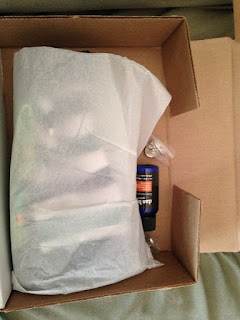 Is it worth it?  I think this is a good subscription box and I think Dapper Box would make a fantastic gift to the man in your life.  The price is decent too.

I highly recommend Dapper Box.
Posted by Chantale at Monday, August 24, 2015 No comments: 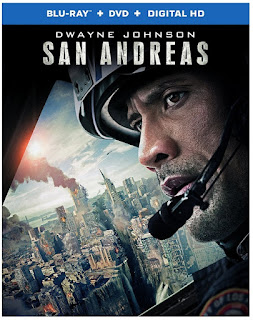 Where will you be, who will you be with and who will you save when “San Andreas” arrives onto Blu-ray 3D Combo Pack, Blu-ray Combo Pack, DVD and Digital HD. “San Andreas” follows a rescue helicopter pilot (Dwayne Johnson) and his estranged wife (Carla Gugino,“Night at the Museum,” TV’s “Entourage”) as they make their way to San Francisco to save their only daughter. The film will be available Digital HD on September 22nd and on Blu-ray October 13th.

“San Andreas,” is presented by New Line Cinema, in association with Village Roadshow Pictures. Richard Brener, Samuel J. Brown, Michael Disco, Toby Emmerich, Rob Cowan, Tripp Vinson and Bruce Berman served as executive producers of “San Andreas,” which was shot on location in The Gold Coast and Brisbane, Queensland, Australia, and in Los Angeles and San Francisco. The screenplay is by Carlton Cuse and the story is by Andre Fabrizio & Jeremy Passmore.

After the infamous San Andreas Fault gives, triggering a magnitude 9-plus earthquake in California, a search and rescue helicopter pilot (Dwayne Johnson) and his estranged wife (Carla Gugino) make their way together from Los Angeles to San Francisco to save their only daughter.

But their treacherous journey north is only the beginning. And when they think the worst may be over…it’s just getting started. 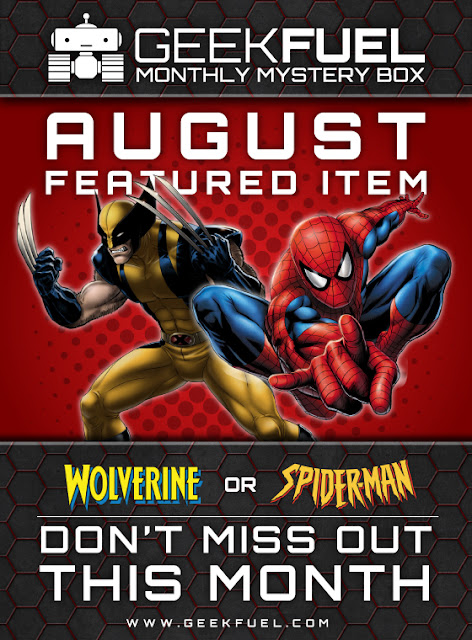 You want this month's box?  Please you my Geeky Fuel link
Posted by Chantale at Wednesday, August 12, 2015 No comments: 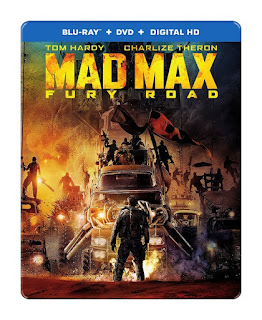 Also available on September 1 will be the “Mad Max 4-Film Blu-ray Anthology.” The anthology includes “Mad Max” (1979), “The Road Warrior” (1981), “Mad Max Beyond Thunderdome” (1985) and “Mad Max: Fury Road” on Blu-ray disc. The anthology also includes the documentary “Madness of Max” on DVD along with “Mad Max Anthology” trading cards and will be available for $89.98.

Haunted by his turbulent past, Mad Max believes the best way to survive is to wander alone. Nevertheless, he becomes swept up with a group fleeing across the Wasteland in a War Rig driven by an elite Imperator, Furiosa. They are escaping a Citadel tyrannized by the Immortan Joe, from whom something irreplaceable has been taken. Enraged, the Warlord marshals all his gangs and pursues the rebels ruthlessly in the high-octane Road War that follows. 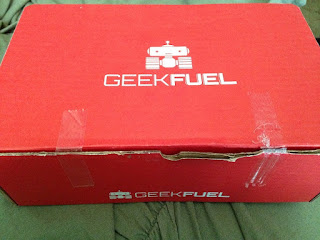 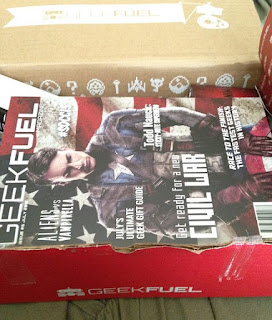 Here is what was in July's box:


What do I think? Well so far each boxes have been  worth the price you pay for the box each month and I have been very impressed with all the exclusive products that I have received in all the boxes and I LOVED all the t-shirts.

If you decide to purchase a subscription please use my affiliate link.