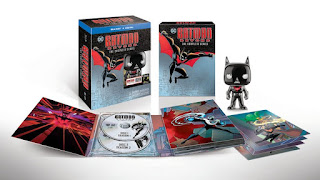 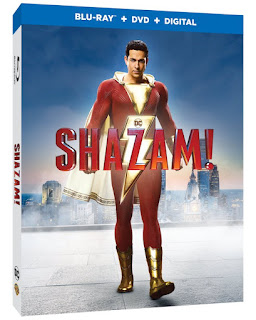 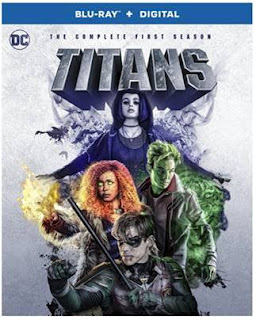 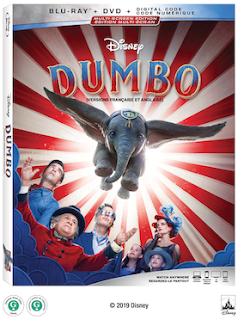 “Dumbo,” the grand live-action adventure from Disney and visionary director Tim Burton, which expanded on the beloved animated classic and sent spirits soaring, prepares for a landing on June 25. Disney invites fans to fall in love again with this heartfelt story, in which differences are celebrated, family is cherished and dreams take flight, when it swoops into homes on Digital in HD and 4K Ultra HD™ and physically on 4K Ultra HD,  Blu-ray™ and DVD — with never-before-seen bonus features, deleted scenes, Easter eggs and bloopers.

I can't compare this version to the original because I really can't remember how the animated one was.  I know I saw it when I was a child but it never really was one I that I excited about plus it has been about 30 years since I had last seen the animated movie so I don't know how true to the original story is.

I did find this movie entertaining but it isn't one of my favourites Disney movies.  I think I will watch it again in the future. 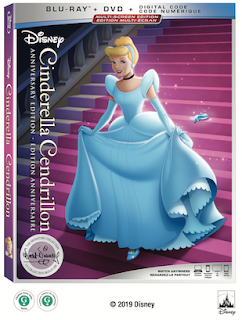 In honour of its upcoming 70th anniversary, the timeless animated classic “Cinderella” waltzes into the highly celebrated Walt Disney Signature Collection and the hearts of a whole new generation. The enchanting tale, which showed us that dreams really do come true — and inspired countless fans to reenact the Royal Ball and Cinderella’s infamous midnight dash — arrives home Digitally in HD on June 18, and on Blu-ray™ and DVD on June 25.

When I was a little girl I loved Cinderella but I didn't own the movie.  I did own the vinyl record and a book and when ever it played on tv I would watch it so I was very happy when I received this combo pack.

I don't have children to watch this with so I have no idea if children these days would still enjoy this old Cinderella version but I can say that I did enjoy it. It brought back so many memories.

I am so happy to have this in my ever so growing Disney movie collection. 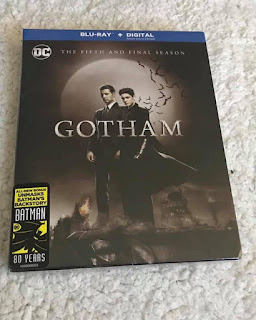 The fifth and final season of Gotham wraps up the iconic series in an unforgettable event that focuses on Bruce Wayne’s ultimate transformation into the Caped Crusader, while Jim Gordon struggles to hold together a city on the edge of chaos. Following the epic events of season four, the Legend of the Dark Knight resumes as Gotham City is divided between Gordon’s GCPD jurisdiction and some of the city’s most notorious villains such as Penguin, The Riddler and more. As the city’s heroes try to gain control and salvage what’s left of the deteriorating city, it teeters between good and evil, even as new DC Super-Villains, including Bane are introduced.

You can now own Gotham: The Complete Fifth and Final Season.

Well, I am sad that season 5 is the last season because I have loved watching Gotham.

I actually loved this past season because I thought it was made well and of course, I loved all the action.

I am so glad to be adding this to my collection because I know I will be re-watching the entire series again in the near future. 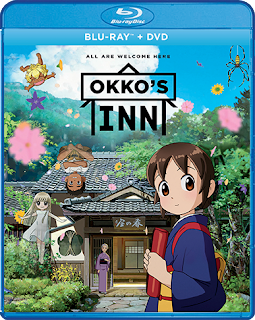 After losing her parents in a car accident, Okko goes to live in the countryside with her grandmother, who runs a traditional inn near an ancient spring said to have healing waters. Okko soon discovers there are spirits living there only she can see – welcoming ghosts who keep her company, play games and help her navigate her new environment. Okko strives to be a gracious host, and this is soon put to the test by a string of challenging guests with different stories. But ultimately Okko discovers that dedicating herself to others becomes the key to taking care of herself.

The latest feature from famed anime studio Madhouse and director Kitaro Kosaka, who was a key animator on numerous classic films at the venerable Studio Ghibli, seamlessly blends immersive, idyllic landscapes with the storybook charm of Okko's beloved guests. Okko's Inn delivers a rare ghost story that is firmly grounded in the trials and joys of humanity.

I watched this movie on the weekend and I  have to admit that I liked Okko's Inn.  It does feel rushed a bit and it is predictable but this movie is made for children 9 and up so of course, I didn't really expect it to be unpredictable.

I think it would be more enjoyed if I were a child but it is a good one to watch on family movie night.