Back to the Future: The Animated Series - Season II Release Date 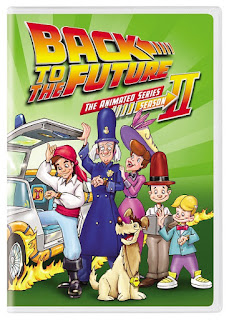 Synopsis:
The adventures continue with Back to the Future: The Animated Series – Season II featuring 13 episodes inspired by the original motion picture trilogy. Join Marty McFly and Doc Brown, Doc's wife Clara, sons Jules and Verne, and dog Einstein for more hilarious escapades as they time travel to the 1904 World's Fair, the Wild West, the days of the pirates, the days of the dinosaurs and more. Featuring live action segments with Christopher Lloyd as Doc Brown, science experiments by Bill Nye the Science Guy and the vocal talents of Mary Steenburgen (Clara), Thomas Wilson (Biff) and Dan Castellaneta (Doc), it is family entertainment at its best and a true treasure for all Back to the Future fans!


Back to the Future: The Animated Series - Season II will be out in stores September 13th 2016

They have many clothing items and accessories to suit your style.  I have found many items I really liked.  If it weren't for the fact that I am a big girl I would have bought a bunch of clothing but unfortunately not many that I liked fit me. Even if you are not a plus size gal I do suggest to measure yourself before you decide on clothing and look at their charts on the clothing pages because the measurements are a little weird compared to Canadian or American sizes.

Here is what I bought 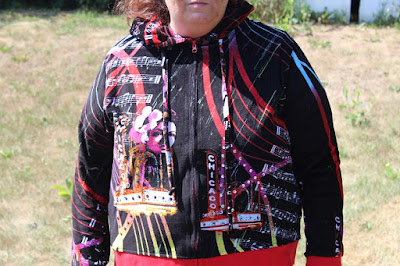 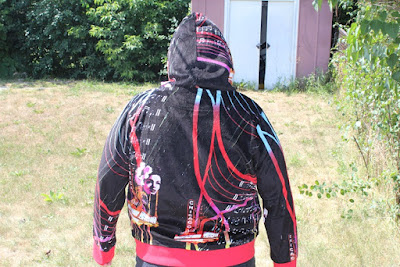 This is the Music Note and Figure Print Jacket but unfortunately, it is currently sold out but you can find many different jackets or coats .
I am so happy with this one. It is soft and it fits perfect. I know I will be wearing it often in the Fall and Winter. 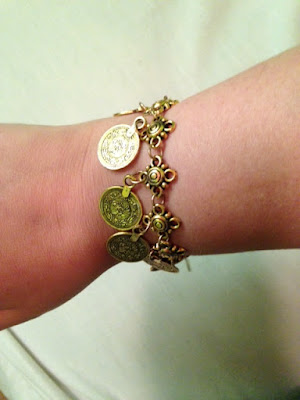 This is the Vintage Alloy Coin Tassel Bracelet and I absolutely love it.

What I love about this store is that you get free shipping for orders over $30USD for standard shipping . That is for anywhere around the world so you don't have to spend a fortune on shipping. They accept the major credit cards and they accept PayPal.

All in all, I am happy. The products fit well and it didn't take very long to receive it. 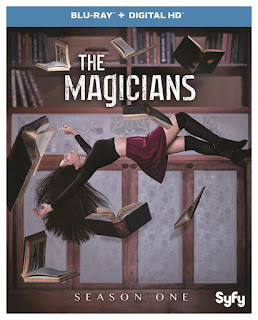 synopsis:
Based on Lev Grossman's New York Times best seller, The Magicians centers on Quentin, a brilliant grad student chosen to attend Brakebills University for Magical Pedagogy, a secret upstate New York university specializing in magic. He and his 20-something friends soon discover that the magical fantasy world they read about as children is all too real – and poses grave danger to humanity.

The Magicians: Season One  Is out now in stores
Posted by Chantale at Thursday, July 21, 2016 No comments:

The 100: The Complete Third Season On DVD *Review*

Warner Bros. Home Entertainment provided me with a free copy of the DVD I reviewed in this Blog Post. The opinions I share are my own 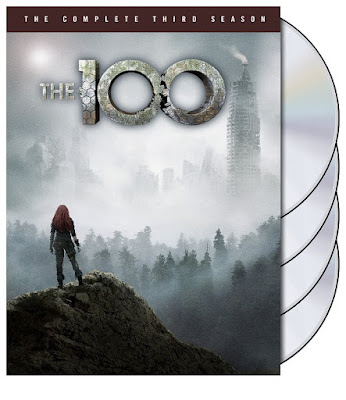 For the 100 on Earth, they have learned the hard way that in the fight for survival there are no heroes and there are no villains – there is only the living and the dead. Join stars Isaiah Washington and Henry Ian Cusick while they fight for the human race .

Reunited with the survivors of the space-station Ark that fell to Earth, Clarke Griffin and her band of juvenile delinquents have faced death at every turn: from a world transformed by radiation to the fierce Grounders who somehow managed to survive it, and the double-dealing Mountain Men from the fortified Mount Weather, whose civilized environment masked a horrible secret. Though Clarke was alternately challenged, supported and betrayed by her own people and alliances with the Grounders, they could always find common ground in survival. United with the Grounder tribes, Clarke and her friends faced off against the lethal forces of Mount Weather to rescue the remaining “Sky People” from the Ark who were being held captive in Mount Weather. But victory came with a terrible price. The challenges continue in season three as they not only determine what kind of lives they will build, but what it will ultimately cost them. 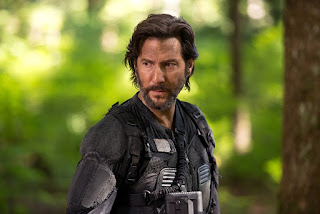 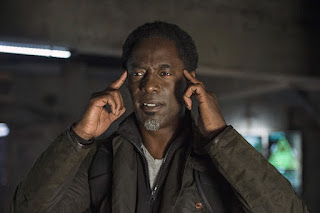 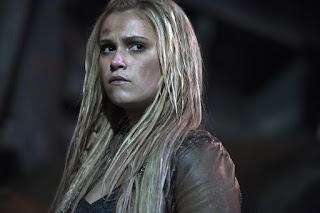 The 100: The Complete Third Season is now available on DVD and Blu-ray.

We don't get this show on tv here so I usually have to wait until it is on DVD.

I have recently binge watched the first 2 seasons and I couldn't wait for season 3 because I am so hooked on The 100.

I highly recommend The 100: The Complete Third Season. 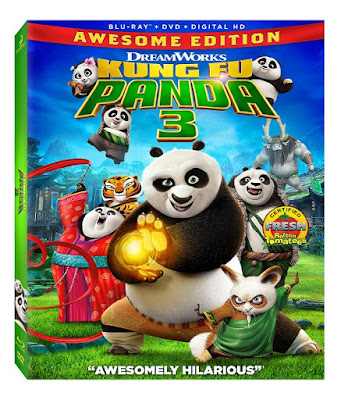 After reuniting with his long-lost father, Po travels to a secret village and meets tons of hilarious new panda friends and family members. But when the supernatural villain Kai challenges all the Kung Fu masters across China, Po must discover the teacher within himself and train his clumsy brethren to become the ultimate band of Kung Fu Pandas!

Well as most of you know I am a big fan of the Kung Fu Panda movies and the show so when I received this one to review I was so happy and couldn't wait to watch it.

Kung Fu Panda 3 is super fun and entertaining for the entire family.

Kung Fu Panda 3 is now avalailable in stores.
Posted by Chantale at Thursday, July 14, 2016 No comments: 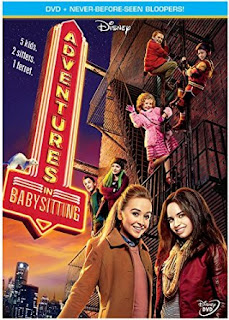 Sofia Carson (DESCENDANTS) and Sabrina Carpenter (GIRL MEETS WORLD) star in a hilarious, action-packed tale of two sitters inspired by the '80s classic! Sparks fly when free-spirited Lola and prim, proper Jenny learn they're up for the same internship. But that night, after newbie babysitter Lola breaks Rule #1: NEVER take your eyes off the kids, she's forced to call Jenny -- currently on her own gig -- to help track down Trey, who has snuck out. Now with all their young charges in tow, these rivals must team up and brave the big city on the wildest, wackiest adventure of their lives!

I watched the original movie back when I was a kid and it was cheesy one but when I heard that there would be a new movie I just had to check it out .

I started watching it and had no real expectations at all but I did enjoy it. The acting was good and the storyline was good as well.The movie did keep me entertained and I know children will enjoy it.

All in all Adventures in Babysitting is a good movie for the entire family to watch and I actually enjoyed this one better than the original movie.

You can now purchase Adventures in Babysitting online or in stores near you.
Posted by Chantale at Tuesday, July 12, 2016 No comments:

Eddie The Eagle on DVD Review 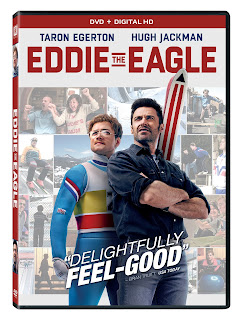 Taron Egerton co-stars alongside ACADEMY AWARD® Nominee Hugh Jackman* in this high-flying, feel-good story inspired by true events. Egerton plays Eddie The Eagle Edwards, an unlikely but courageous British ski-jumper who never stopped believing in himself even as an entire nation was counting him out. With the help of a rebellious and charismatic coach (Jackman), the lovable underdog wins the hearts of fans around the world by making an unforgettable showing at the 1988 Calgary Winter Olympics.

This is not the kind of movie I would usually watch but this one sounded interesting so I decided to give it a shot.

I am so happy I watched it because I very much enjoyed it. My husband  also enjoyed it and that says a lot because he usually doesn't watch movies like this with me.

This movie is entertaining and  the acting was good.

This movie is now available in stores.
Posted by Chantale at Monday, July 04, 2016 No comments: