DCU: Reign of the Supermen #Review Forty years after the events of 1978’s Halloween, Laurie Strode (Curtis) now lives in a heavily guarded home on the edge of Haddonfield, where she’s spent decades preparing for Michael’s potential return. After being locked up in an institution, Myers manages to escape when a bus transfer goes terribly wrong, leading to chaos in the same town he preyed on decades earlier. Laurie now faces a terrifying showdown when the deranged killer returns for her and her family – but this time, she’s ready for him.

Available now in stores near you.

I watched this one today and I have to admit that this one is way better than most of the "sequels".
The story of this Halloween movie is very well done and as per usual I wasn't scared but I did jump once or twice.

Do I recommend this movie?  Well yes, I do.

In Red Vs. Blue: The Shisno Paradox #Review 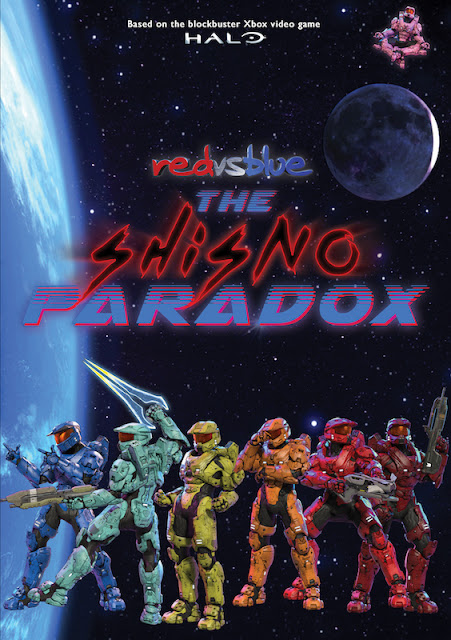 In Red Vs. Blue: The Shisno Paradox, a simple trip out for pizza ends with the Reds and Blues scattered and lost in time. Their ridiculous adventures in history inadvertently make them pawns in a war between Gods and Titans, which has been raging since before the dawn of time.