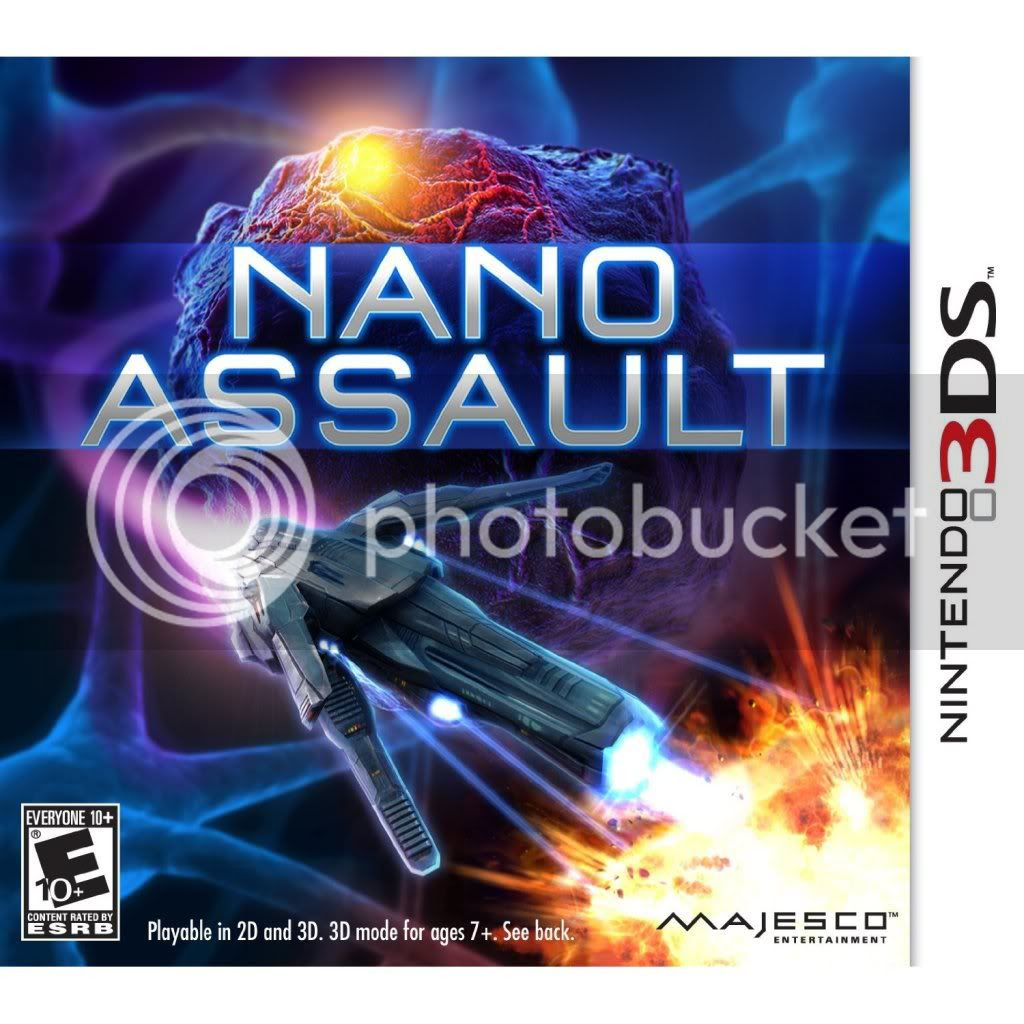 Stop the deadly Nanostray virus from spreading and contaminating civilization in Nano Assault, a fast-paced action shooter set within a visually stunning cellular system that leaps off the screen in full 3D. Control your microscopic Nanite ship inside the dangerous virus to fight off infections, navigate through alien cell clusters, battle bosses, and ultimately analyze and destroy the virus' core to save humanity.

Nano Assault is a fun and challenging game that is rated E (10+).I really am horrible at that game  but it is fun and even though I was horrible at the game I kept trying and trying.  Now would I have bought this for myself before that I had received this game , the answer would be probably not because this is not the kinda of game I usually play but I am very happy I got to play this game because I actually did like this game and I highly recommend this.
Nano Assault is available in stores now.

*The product(s) featured in this review were provided free of cost to me by the manufacturer or representing PR agency for the sole purpose of product testing. Opinions expressed are my own and are NOT influenced by monetary compensation*
Posted by Chantale at Tuesday, January 03, 2012