Earth’s Dawn is looming and the fate of the planet hangs in the balance! Sign up as a member of A.N.T.I. – a squad of super-human soldiers powered by alien technology – and fight to reclaim Earth from the alien invasion known as E.B.E before it’s too late…
Packed with super-fast sci-fi action, Earth’s Dawn offers 2D side-scrolling gameplay in a beautiful hand-drawn style. Combat is intuitive, but deceptively deep with combos, finishers and rankings after enemy encounters all adding depth to the game, while RPG-style skill trees, equipment crafting and character evolution open up things even further. Choose your own path through 100 missions, earn rewards by clearing them with style and discover new plot threads behind Earth’s counteroffensive, then fight huge bosses to crush the E.B.E. threat once and for all!
Game Features 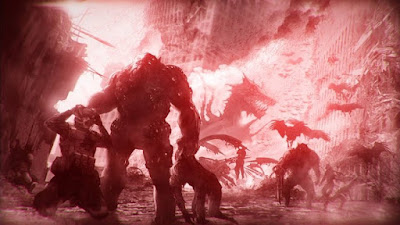 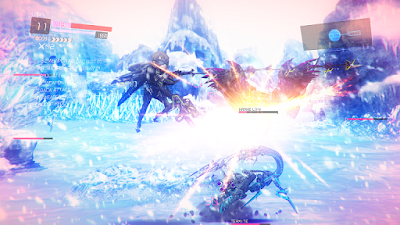 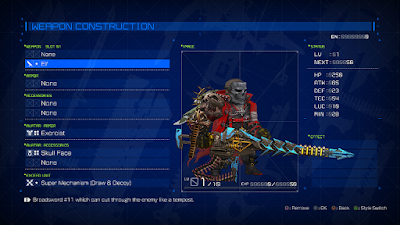 I only had the chance to play this game on Saturday but I did play for an hour and from the time I have been playing Earth's Dawn I very much enjoyed this game even though this game isn't really something I would usually play.

My only complaint is that this game is a little repetitive but I do find it fun.

Earth's Dawn is now available for PS4 and Xbox One.
Posted by Chantale at Wednesday, November 09, 2016