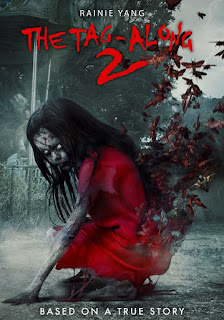 Unveil the legendary urban myth of the little girl in red. Bona fide Taiwanese star Rainie Yang (Spider Lilies) stars in the sequel to 2015’s The Tag-Along, THE TAG-ALONG 2. Following the film’s limited theatrical release this past September 22, 2017, THE TAG-ALONG 2 will arrive on Digital & On Demand February 6 from Cinedigm (NASDAQ: CIDM), with a DVD release to follow on April 3.

Based on 1998 home video footage that spawned an urban legend with never-before-seen viral activity, THE TAG-ALONG 2 continues the frightening mystery of “The Little Girl in Red” to critical praise and box office success. When social worker Shu-fen (Yang) discovers her pregnant teenage daughter has disappeared, the only clue to the teen’s whereabouts is a video of her being led away by a mysterious girl in red. As she attempts to unravel the mystery behind the little girl and the disappearance of her daughter, Shu-fen is drawn to the Red Forest where her discovery of an abandoned hospital leads to a series of terrifying experiences that can all be traced back to the legend of the girl in the red dress.

Directed by Wei-Hao Cheng, and also featuring The Tag-Along star Tiffany Hsu,
THE TAG-ALONG 2 sees characters take a darker turn as they face their own ghostly obsessions, and battle demons that may or may not be of their own making. 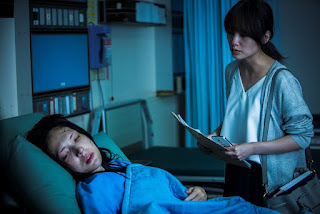 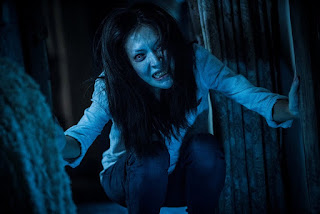 This isn't the best Taiwan movie I have seen but I admit it was entertaining.

The story was good but unfortunately, I found it wasn't even scary at all. I was expecting to jump a few times but it did not happen.