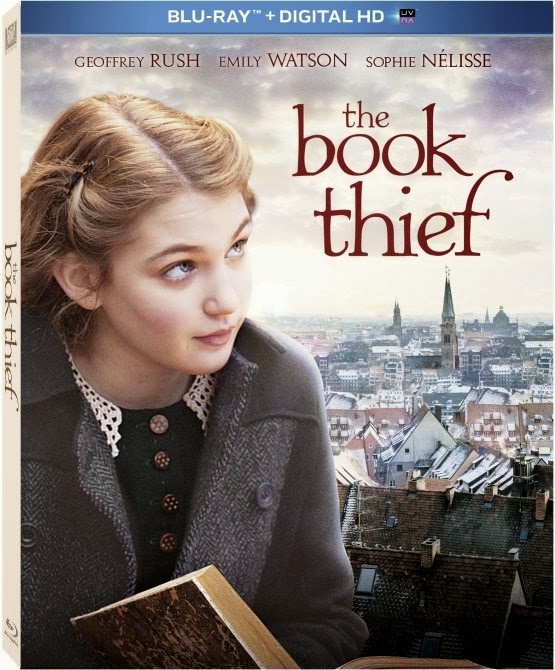 Based on the beloved best-selling book comes an “extremely moving” (Leonard Maltin, Indiewire) story of a girl who transforms the lives of those around her during World War II, Germany.  When her mother can no longer care for her, Liesel (Sophie Nélisse) is adopted by a German couple (OSCAR® Winner Geoffrey Rush* and OSCAR® Nominee Emily Watson**).  Although she arrives illiterate, Liesel is encouraged to learn to read by her adoptive father.  When the couple then takes in Max (Ben Schnetzer), a Jew hiding from Hitler’s army, Liesel befriends him.  Ultimately, words and imagination provide the friends with an escape from the events unfolding around them in this extraordinary, acclaimed film directed by Brian Percival (Downton Abbey).

Have you read the book?  I have read it a while back and I loved it and I wanted to see this movie in theaters but unfortunately I never got the chance to see it so when I was asked to review The Book Thief I was very excited to finally watch it.

On Monday morning I decided to watch it since I didn't have anything else to do so I figured it was the perfect time to watch it. I am so happy that I did because I absolutely love the movie. It is very well done. The acting was fantastic and they stuck to the book pretty well.  I hadn't read the book in a few years but now I want to read it again.

This is one movie I am happy to add to my big collection of movies.

I highly recommend this even to those who have no read the book.