I grew up watching wrestling and I still do watch it once in a while so I was so excited to see that there is a wrestling themed subscription box called Slobber Knocker box . 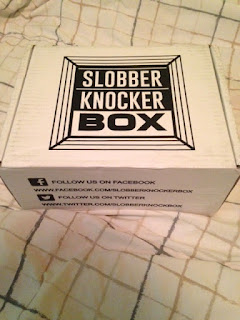 Slobber Knocker Box is a U.K. based company that delivers some pro wrestling items right to your door every month. Items can be an exclusive t-shirt, a Pop! Vinyl, signed photos, posters and more.


Here is what I received in my August box:


This is the only pro wrestling subscription box I have ever gotten and I have to admit that I am very impressed with this box.  I was worried that maybe there would be items from wrestlers I have never heard of but I was very surprised to have received t-shirts of wrestlers I have actually heard of and have been a fan of.

I love the signed prints and the magnet.  I haven't watched the DVD yet but I plan on doing so this weekend.

Here are the prices of the boxes:


Do I think it is worth it?  oh hell yeah.  I think it is completely worth the price and it is such a great box for those of you who are pro-wrestling fans. I highly recommend.

You can order at : http://www.slobberknockerbox.com/

Posted by Chantale at Wednesday, September 07, 2016