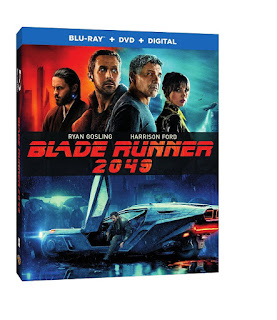 
You can now purchase Blade Runner 2049 in stores near you.

I admit I had never seen the entire original movie because I never thought I would like it. The only reason why I watched this movie was one that my husband wanted to see it.

We watched it last Sunday and I didn't have high expectations but I have to admit Blade Runner 2049 is a very good movie.

It is entertaining with great graphics and awesome acting.   I did like the story too and believable.