This past weekend wasn't a good one.  I knew the weather network was calling freezing rain but really we didn't expect it to be bad. Most of the times when our city gets warnings it isn't as bad as they predict but this weekend it was bad.

We decided to go grocery shopping in late morning on Friday before the weather got bad and the roads got slippery. We were lucky enough that the roads only started to get a little slippery when we were on our way home from grocery shopping.
Before I went to bed I made sure I plugged in all my devices for just in case we lose electricity and good thing I did.

Saturday morning we woke up to this 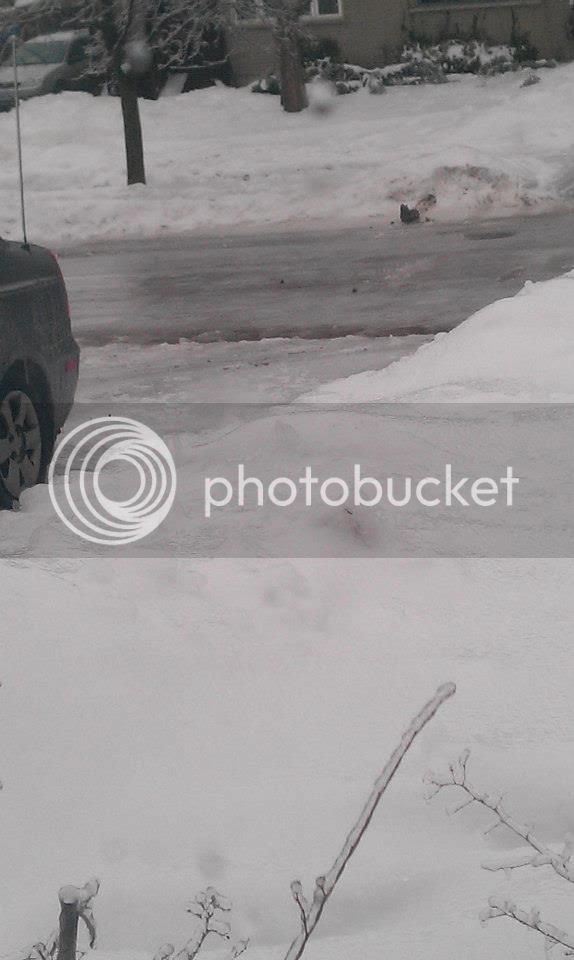 Yes the city turned into a big skating rink. I have to tell you it wasn't fun and it sure wasn't fun taking the dog out.  He refused to go out without his people (me or my husband) so we had to go out there with him. I didn't go far from the front door but poor little guy kept slipping and sliding and he fell once but he is ok.
It was raining and freezing rain all day and I am happy I had plugged in all my devices the night before because at 12pm we lost electricity. We only lost it for an hour and then an hour at other times during the day so really the house . It wasn't so bad without electricity during the day because I was able to finish reading a paperback that I have been reading on and off for the past week.

The part that I hated was when I was making dinner and we lost power. Not fun at all and we were hungry too.

We lost power again at around 7:30 so I decided to just go up to bed and do some reading on my Kindle until I went to sleep .

During the night the electricity came back on and went back off.

This morning I woke up at 7:15 and had electricity so I decide to go take a shower, have breakfast and a cup of coffee before the electricity went out again. Lucky enough as of right now (2pm) we have not lost electricity  since the early hours of the morning.

Oh and we got a bit of snow on top of the ice early this morning and a bit more rain. 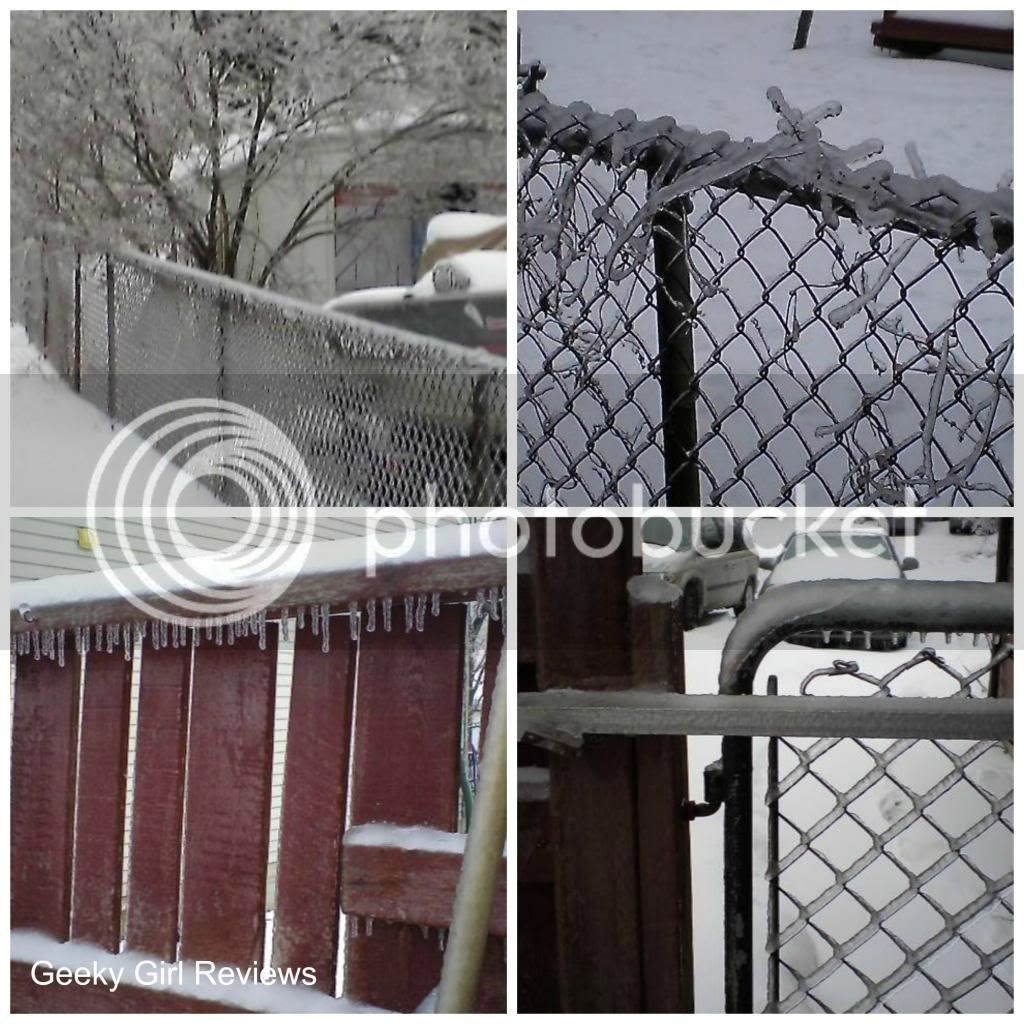 I just checked the Weather Network and we are still under freezing rain warning.

How is the weather where you are?