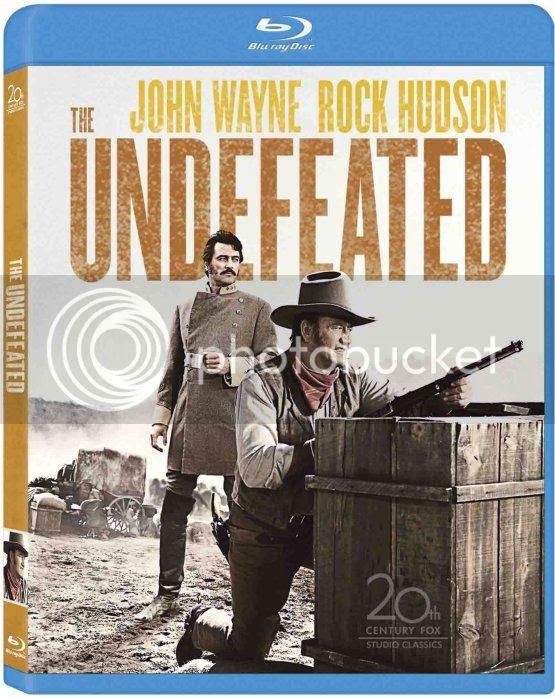 (1969) In the tumultuous aftermath of the Civil War, Union Calvary officer John Henry Thomas takes his heroic men west while southerner James Langdon takes his soldiers to Mexico. When their paths cross, they forge an uneasy friendship that is quickly tested as they get caught between Mexican rebels and the Emperor's forces, and find themselves fighting side by side.

I don't think I had seen this one before but as a John Wayne fan and classic movie fan I was so excited to watch and review this one.

I really like Undefeated. It is very well made and of-course I loved the acting and the story line.  This is one movie I will keep in my collection and I will be watching it again in the future.

Are you a John Wayne fan or do you know someone who is? This would be a awesome gift to give .

Undefeated is now available in store near you and online.
Posted by Chantale at Friday, December 06, 2013