Pleased to Meet You: A Look at the Film’s Stars

Get the Blu-ray™ and DVD Combo Pack on April 29

After a mysterious night on their honeymoon, Zach and Samantha McCall (Zach Gilford, Allison Miller) find themselves dealing with an earlier-than-planned pregnancy. While recording everything on video for posterity, Zach begins to notice odd behavior in his wife that they initially attribute to nerves, but it soon becomes evident the disturbing changes to Samantha’s body and mind have a much more sinister origin. Directed by Matt Bettinelli-Olpin and Tyler Gillett, part of the quartet of filmmakers known as Radio Silence (V/H/S), and produced by John Davis (Chronicle), Devil’s Due utilizes a found footage-style of storytelling to deliver an emotional, character-driven thriller that showcases supernatural scares, and disquieting dread.

In celebration of Devil’s Due Blu-ray™ and DVD’s release, we present to you a look at the film’s stars. 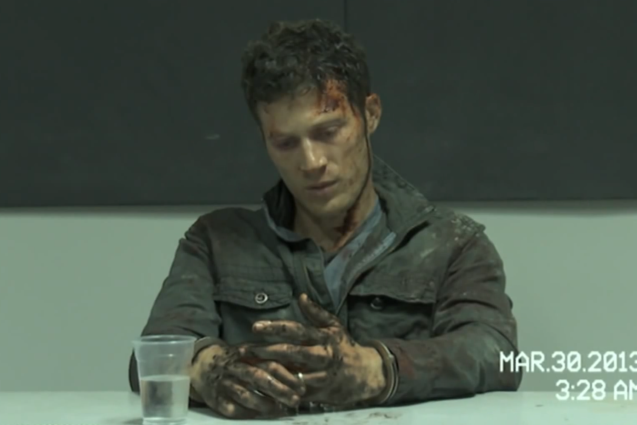 Zach Gilford is the handsome boy next door best known for playing Matt Saracen on NBC’s popular TV show, Friday Night Lights. Most of his roles had set him in a good guy persona, and he hopes to one day land a role outside that category. This summer, he will appear alongside his real-life wife Kiele Sanchez in The Purge: Anarchy. In Devil’s Due, Gilford plays Zach, a newlywed who is determined to videotape his new wife’s pregnancy and, later, figure out who and what is behind her abnormal symptoms. Allison Miller is best known for playing Princess Michelle Benjamin on the television drama series Kings. Miller is a talented young actress and can apparently sing really well! She is married to comedian and actor Adam Nee and is set to appear in a romantic comedy alongside Katey Segal, Brittany Snow, and James Wolk called There’s Always Woodstock. Allison Miller plays Samantha McCall, wife to Zach Gilford’s character in Devil’s Due. Samantha deals with a very emotional and horrific pregnancy after a cult performs a ritual on her and her husband while they are on their honeymoon in the Dominican Republic.

Devil’s Due will be available on Blu-ray™ and DVD Combo Pack on April 29, 2014 from Twentieth Century Fox Entertainment.