Batman vs. Robin on Bluray Review 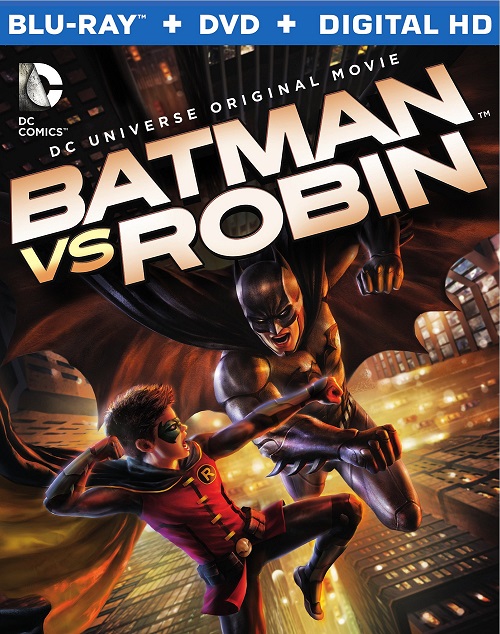 The world is turned upside down when one of the world’s greatest super heroes – Batman – finds himself under attack by his own son in the newest DC Universe Original Movie – Batman vs. Robin. This all-new original film arrives April 14, 2015 .
The shadows of Gotham City are no place for a child but Damian Wayne is no ordinary child. Now bearing the mantle of Robin, he blazes a headstrong and sometimes reckless trail alongside his father, Batman. While investigating a crime scene, Robin encounters a mysterious figure, Talon, who leads him on a life-altering course through the depths of Gotham’s secret society, known as The Court of Owls. It’s a dangerous journey that will force Batman and Robin to face their most dangerous adversary, each other!

I really like the animated movies that DC have been coming out with lately and I really liked this one.
The story-line is good and the animation is pretty good too.

There is lots of action and it sure kept my attention . If you are a fan of DC comics you will most likely enjoy this movie as much as I did.

I can't wait for the next DC animated movie to come out.