The Marine 4: Moving Target On Bluray and Digital HD Review 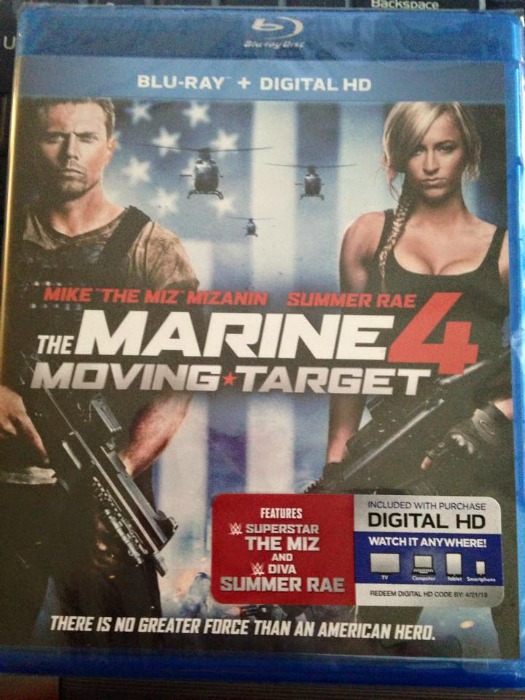 There is no greater force than an American hero! Twentieth Century Fox Home Entertainment and WWE Studios present the latest installment of the popular franchise The Marine as THE MARINE 4: MOVING TARGET arrives on Digital HD April 10 and on Blu-ray, DVD and VOD April 21.

WWE Superstar Mike “The Miz” Mizanin is back as American hero Jake Carter in an all-new thrill-packed Marine adventure. Now in the private sector, Carter is assigned to protect a “high-value package” – a beautiful whistleblower trying to expose a corrupt military defense contractor. But a heavily armed team of mercenaries has been hired to kill her, along with anyone who gets in their way, and it’s going to take a fearless one-man fighting machine to stop them. Co-starring WWE Diva Summer Rae in her feature film debut, THE MARINE 4: MOVING TARGET is locked and loaded with explosive action from start to finish.

I have not seen the previous movies and to be honest I had never heard of the movies but when I was asked to review The Marine 4: Moving Target I thought it sounded interesting.

I thought the acting wasn't the best but the story was good and it was action packed so if you are looking for a movie full of action I think you will like this one.

This isn't one I would watch again and again but it did keep me entertained.

The Marine 4: Moving Target is now available in stores.