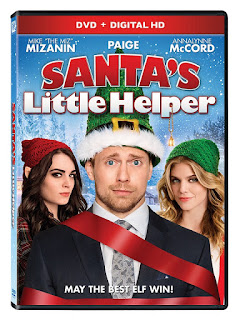 Ho-ho-hold on tight for holiday hijinks in this hilarious family comedy starring WWE® Superstar Mike “The Miz” Mizanin®, WWE Diva Paige™ and AnnaLynne McCord. After losing his job, a slick-talking businessman is given the chance of a lifetime—to be Santa’s second-in-command. But to earn the coveted position, he’ll have to wage an outrageous battle against a scheming elf who wants the gig for herself!

The SANTA’S LITTLE HELPER DVD is stocked full of behind-the-scenes featurettes that are sure to bring holiday cheer. In the Ho Ho Ho, cast and crew members give their own accounts of the job of Santa’s official helper and what goes on behind-the-scenes in his workshop. Other featurettes offer fans a profile on WWE Diva Paige as well as additional interviews with the cast and crew as they discuss what the holidays mean to them and the greatest gifts they ever received. 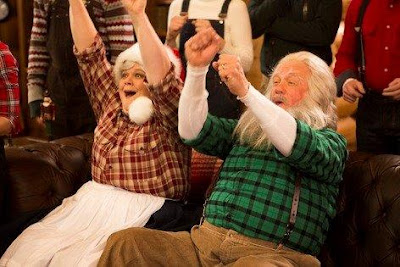 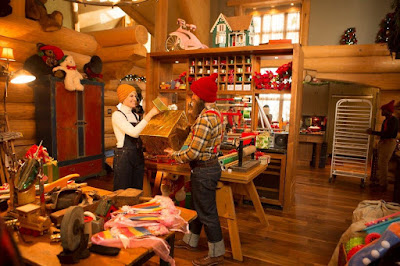 As a WWE fan and as someone who loves Christmas movies I just couldn't wait to get my hands on Santa's Little Helper.

I watched this yesterday and I enjoyed the movie very much.  It is funny and it did keep me entertained .

Santa's Little Helper is now available online and in stores near you.

Posted by Chantale at Wednesday, November 25, 2015