I have reviewed This Means War last week and now you have a chance to win a copy on DVD. 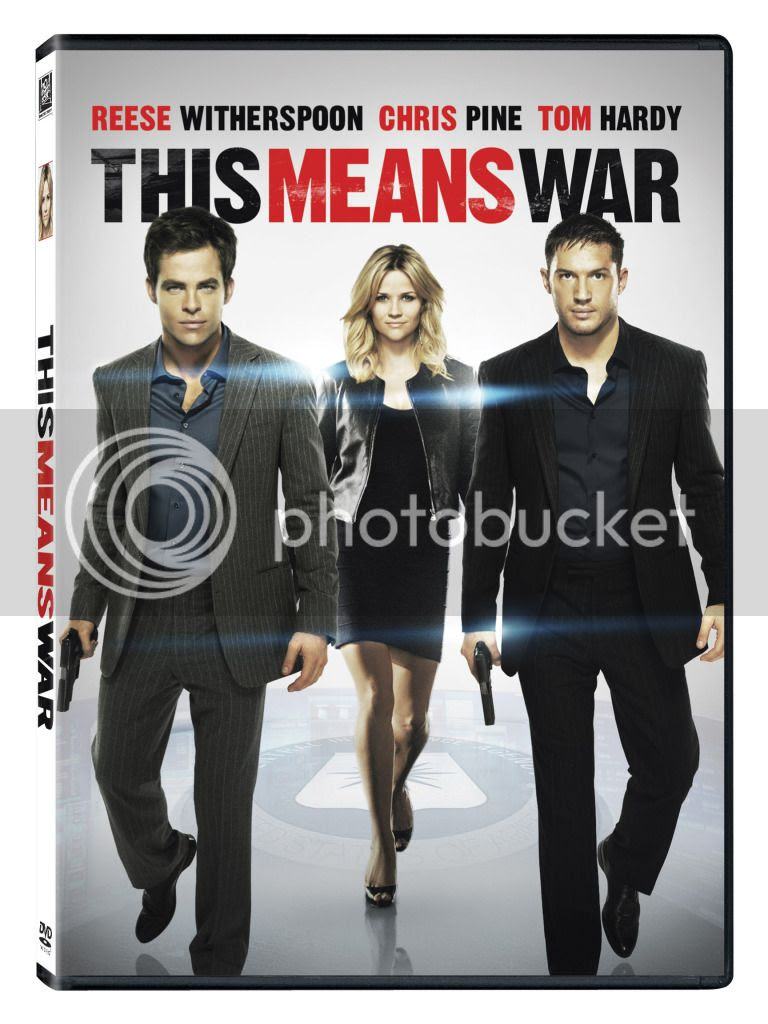 They are the CIA’s best, trained for any situation…except one.  Twentieth Century Fox Home Entertainment plays the ultimate spy game as two best friends fight for the right of one woman’s hand in THIS MEANS WAR, coming to Blu-ray, DVD and Digital Download May 22.  Starring Academy Award® winner Reese Witherspoon* (Walk the Line), Chris Pine (Star Trek) and Tom Hardy (The Dark Knight Rises), the laugh-out-loud comedy gets even better on Blu-ray with three alternate endings that answer the question – what if she chose the other guy?

The world's deadliest CIA operatives, FDR Foster (Pine) and Tuck (Hardy) are inseparable partners and best friends until they fall for the same woman (Witherspoon).  Having once helped bring down entire enemy nations, they are now employing their incomparable skills and an endless array of high-tech gadgetry against their greatest nemesis – each other.

A SECOND SHOT AT LOVE

In This Means War, Lauren doesn’t automatically fall for FDR; it took some getting used to the idea before she agreed to go on a date with him.  In this feature, we will highlight other films where the characters didn’t start off on the right foot but soon enough had second thoughts, including: Margaret and Andrew in The Proposal, Abby and Mike in The Ugly Truth and Andie and Ben in How to Lose a Guy in 10 Days. 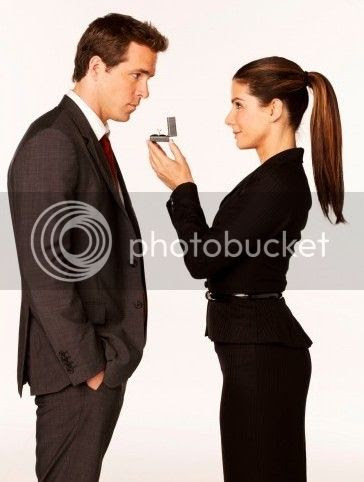 To say Andrew wasn’t fond of Margaret at first would be an understatement.  In The Proposal, a pushy and manipulative boss, Margaret (Sandra Bullock), forces her young assistant, Andrew (Ryan Reynolds) to marry her in order to keep her visa status in the US and avoid being deported back to Canada.  As part of the deal, Andrew demands her to promise him a promotion.  However, a skeptical INS agent thinks they’re committing a fraud and vows to test the couple in a few weeks.  As Andrew plans to fly home for his grandma’s 90th birthday, so does Margaret.  Tensions grow and hilarity ensue as two people who didn’t get along start to see each other in a different light while being in the middle of small town Sitka, Alaska. 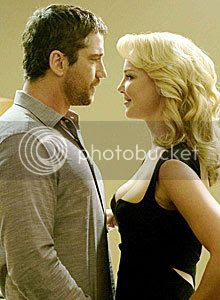 Morning TV show producer Abby Richter’s (Katherine Heigl) career and personal life are tossed upside down when her boss hires a crass and relationship cynic to head up their new segment, The Ugly Truth.  As Mike Chadway (Gerard Butler) improves the ratings of their show, Abby dabbles with the idea of having him help her relationship issues and if he fails, he has to leave the show.  As the two spend more time with each other, both on the job and helping Abby’s dating dilemmas, their relationship improves and they go from hating each other to something more. 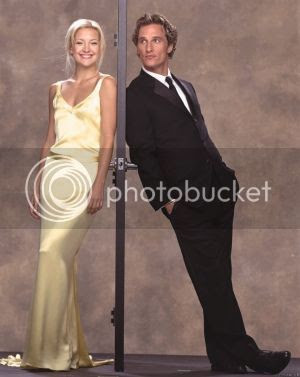 What started off as a challenge for two head-strong career-driven individuals eventually become a stepping stone for falling in love.  In How To Lose a Guy in 10 Days, Andie Anderson (Kate Hudson) is a writer for a woman’s magazine whose new piece is all about all the don’ts that women do that eventually drive men away.  To write her piece, she vows to date someone and do all the things women do that make men break up with them all within a 10-day time frame.  Benjamin Barry (Matthew McConaughey) is an exec who wants to land the new client – a billionaire who’s in the diamond business – by proving to his boss that he knows how to sell diamonds because he can make women fall in love with him.  These two paths cross and as they try to set out their goals, one of them eventually wins. 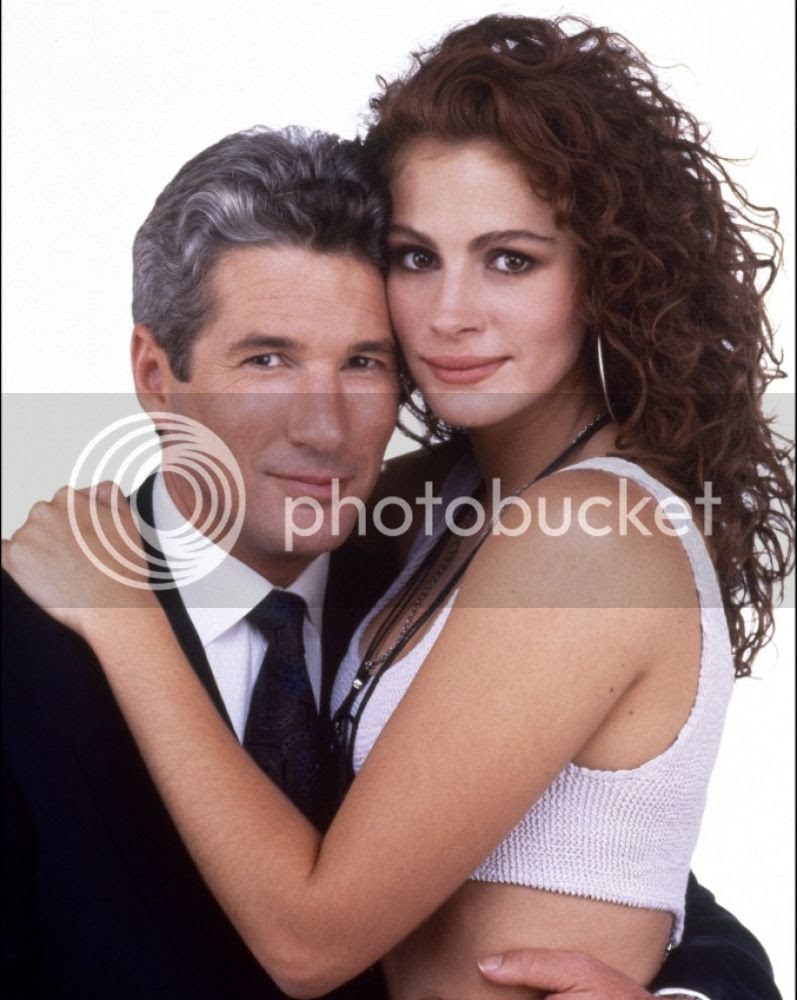 One of the most beloved love-story in recent pop culture, Pretty Woman tells the story of a successful businessman, Edward Lewis, who upon getting lost on Hollywood Boulevard meets a charming prostitute, Vivian Ward.  Though she was only meant to assist him to find his destination, Edward invites her to stay with him in his penthouse suite in Los Angeles and escort him to social events.  Though their relationship began as a “working” one, things progressed and they soon learn to understand each other’s world and backgrounds.

a Rafflecopter giveaway
Posted by Chantale at Tuesday, May 15, 2012