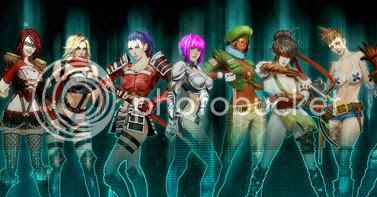 Get Ready to Lick the Competition with Girl Fight, Coming Soon to Xbox LIVE Arcade and PSN
Take on the world’s most lethal and dangerous women in this digital arcade fighter from Microprose and Kung Fu Factory
Alameda, California – February 13, 2012 – Brutal. Deadly. Gorgeous. Veteran executive producer Microprose and developer Kung Fu Factory announced today that Girl Fight is coming to Xbox LIVE®Arcade for the Xbox 360® video game and entertainment system from Microsoft and PlayStation®Network in spring later this year. With hair flying, long legs kicking and the ear-piercing shrill of deadly vixens, Girl Fight is a unique all-female, fast-paced spin on arcade-style fighting games.
Published by Majesco Entertainment, Girl Fight allows players to choose from an array of sexy fighters to battle their way out of THE FOUNDATION, a shadowy, scientific organization looking to weaponize the psionic fighting abilities of the cast of gorgeous, all-female fighters. With unlimited funding and no moral or ethical compass, THE FOUNDATION collects its test subjects from all around the world, often abducting and plugging women into their virtual construct known as The Mainframe. To make it back to reality, the women must utilize their fighting and psionic abilities in an all-out battle for survival.
Girl Fight features include: 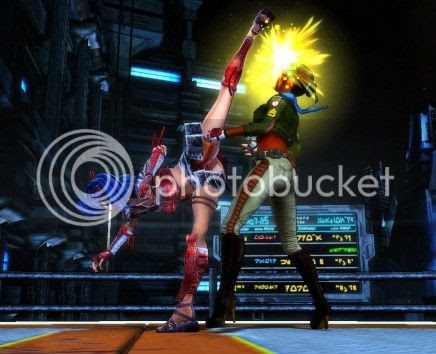 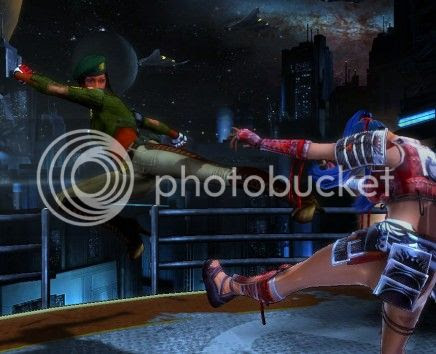 Developed by Kung Fu Factory and produced by Microprose, Girl Fight for PSN and Xbox LIVE Arcade for Xbox 360 is rated “M” for Mature by the ESRB. For additional information about Girl Fight, please visit www.facebook.com/girlfightgame.


This is a ok game but not as fun as other games in this genre that I have played in the past. It did keep me playing.
I don't like the fact that you can only play as one character at first. I like having a choice and I like customizing characters.  The graphics are pretty good and voice acting good.