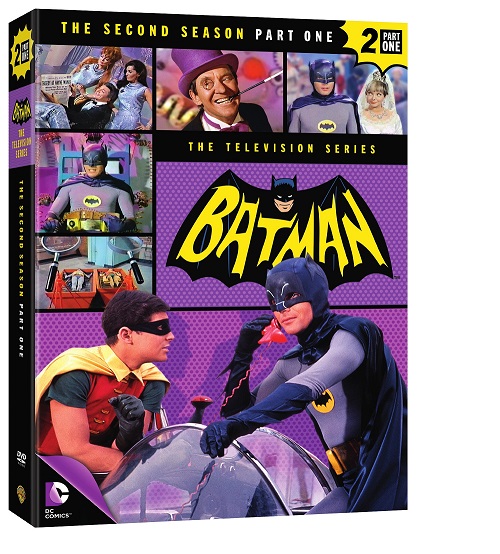 Batman and Robin are set to take you on more perilous plots with fiendish foes trying to undo our undaunted heroes! From the torturous King Tut to a straying Catwoman to the provoking Joker, Batman (Adam West) and Robin (Burt Ward) take on a cape-full of calamity. But wait! There are still plenty of Bat-gadgets and plot twists in the race against time and adrenalin laced adventure. Now completely re-mastered, all the originality, crime-fighting action and arch-villainy can be yours! The series stars Adam West and Burt Ward with the ever-popular guest stars Julie Newmar, Casear Romero and many more.

I am so happy that WB finally re-mastered and put these on DVD .  Sure story-line and is cheesy and the action isn't great but for back then (1966 to 1968) they didn't have our technology but it is entertaining .

If you are a big fan of Batman and you love this show than I think this will be good to get.
Only thing I don't like is the fact that season 2 DVDs are released in parts.