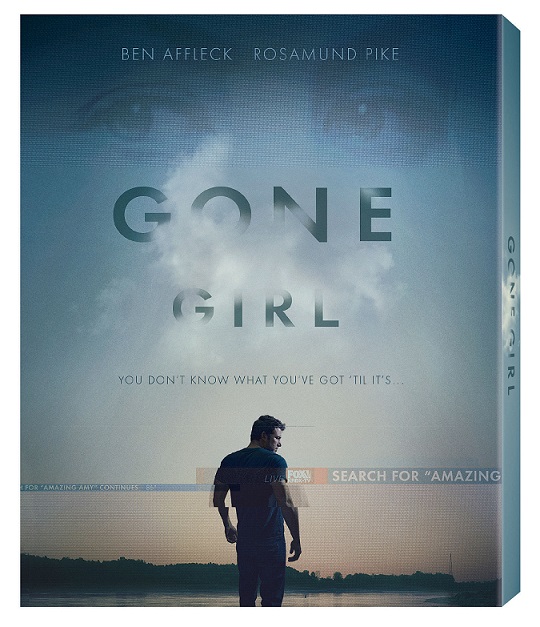 GONE GIRL— directed by David Fincher and based upon the global best seller by Gillian Flynn — unearths the secrets at the heart of a modern marriage. On the occasion of his fifth wedding anniversary, Nick Dunne (Ben Affleck) reports that his beautiful wife, Amy (Rosamund Pike), has gone missing. Under pressure from the police and a growing media frenzy, Nick’s portrait of a blissful union begins to crumble. Soon his lies, deceits and strange behavior have everyone asking the same dark question: Did Nick Dunne kill his wife?

Every Blu-ray™ comes with an exclusive new Amazing Amy story – “Tattle Tale.” The 36-page children’s book is only available with the purchase of the GONE GIRL Blu-ray™.

OK so I admit, I have not read the book. I really have been meaning to but I have just not had the chance to read it before seeing the movie so I don't know how close this is to the book.

Anyway, I really enjoyed this movie even though it isn't the kind of movie I would usually watch.  I thought the story line is great and it kept me watching until the very end.

If I am in the mood for  mystery/suspense genre of movie I might just watch this again.

I really liked that this Blu-ray comes with an exclusive new Amazing Amy story – “Tattle Tale.”