For those of you who have people who loves DVDs and Blu-Ray  on your gift buying list, here are a few great ideas I have found in the Warner Brothers Entertainment site: 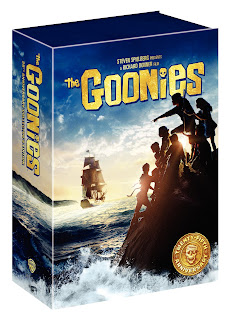 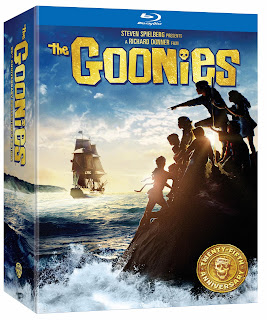 Synopsis: From the imagination of Steven Spielberg, The Goonies plunges a band of small heroes into a swashbuckling surprise-around-every corner quest beyond their wildest dreams! Following a mysterious treasure map into a spectacular underground realm of twisting passages, outrageous booby-traps and a long-lost pirate ship full of golden doubloons, the kids race to stay one step ahead of a family of bumbling bad guys?and a mild mannered monster with a face only a mother could love. 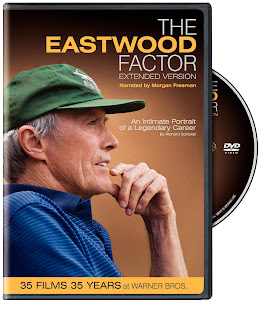 Synopsis: For 35 years Clint Eastwood has called Warner Bros. home. In The Eastwood Factor (Extended Version), film historian Richard Schickel (You Must Remember This: The Warner Bros. Story) ventures beyond Eastwood?s tough, iconic screen personas to reveal the easygoing and thoughtful man behind the magic. Morgan Freeman narrates this insightful profile that features memorable film clips and visits to movie locations, the Warner Bros. lot and Eastwood?s hometown Carmel where, with humor, candor and intelligence, Eastwood illuminates the craft behind his legendary work on both sides of the camera to create a rare experience that is pure, unadulterated Clint. 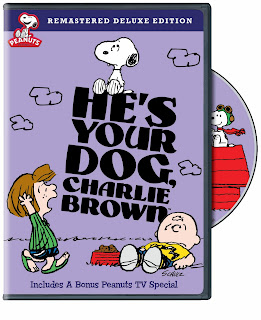 Synopsis: A beagle is a boy?s best friend. Sometimes. The gang is fed up with mischief-maker Snoopy so Charlie Brown sends the offending beagle away to puppy boot camp. Equipped with a tiny suitcase and his own doggy dish, Snoopy heads to the Daisy Hill Puppy Farm but never makes it past his first stop at Peppermint Patty?s. Now Snoopy wonders if the grass might be greener with a new master. Can Charlie Brown put an end to the canine chaos and bring Snoopy back to the little red doghouse? Friendship and loyalty come out on top in He?s Your Dog, Charlie Brown! And you will, too, with this Remastered Deluxe Edition with Improved Picture and Audio.

There are a lot of Peanuts cartoons on video


The Warner  Brothers Entertainment site has tons of videos you can buy on DVD, Blu-Ray or you can just download some on your computer.They have alll the ones I have mentioned and a lot more.
Posted by Chantale at Monday, November 01, 2010