Snow Removal in the 21st Century

Snow Removal in the 21st Century


Clearing Ice and Snow the Modern Way Can be Fun! 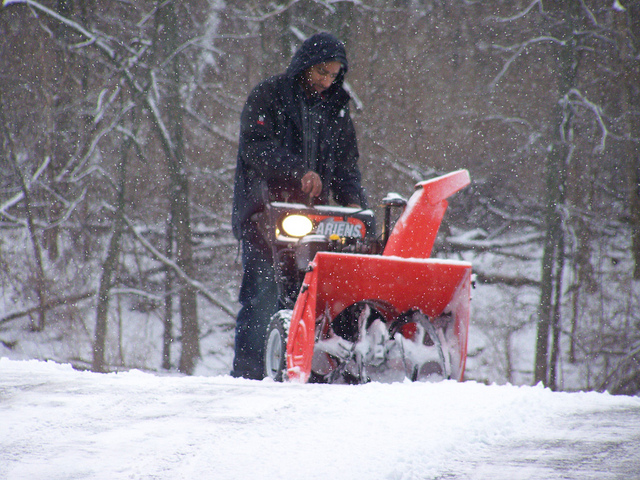 If you're over the age of 30 years old, you're probably familiar with the time tested ways of dealing with snow and ice - primarily the shovel. This is a lot of work and not fun at all. While the 20th century led to some inventions that help with snow removal, the 21st century is looking even brighter for coming up with ways to deal with ice and snow. Keep reading to learn more about what's available these days.


Here's a look at how technology is helping keep the streets clear in the winter.


Better Trucks - For one thing, the trucks in the 21st century are better designed to deal with large scale snow removal. From blades in front that swivel one way or another to other improvements (like the suspension) salt trucks have come a long way over the years.

Computers & GPS  - From computer programs to control the distribution of snow from the truck to GPS systems to track where a truck is currently and where it's going, computers and electronics are extremely useful for workers who need to deal with removing a lot of snow and ice from the roads. Some trucks even have sensors to let the officials know when ice is forming on the road - the data is collected and sent back to central headquarters.

Better Salt - Rock salt has been used a long time for ice and snow removal, but new materials are being used that contain primarily salt but have been engineered in order to make them more useful by clearing away ice as well as keeping it from coming back right away. Finding better materials to help melt ice more effectively has helped with snow removal tremendously.

The above three things are just some of the ways that snow removal is better in the 21st century. As for what's next, automatic know plows or large scale robots that clear the roads without a human driver - or a cozy operator back at the station - may become more prominent. Google and other companies already have cars that drive themselves, so it's just a matter of time before the technology makes its way to bigger snow plows and other work trucks.

Beyond that, only time will tell. When it comes to technology, things are changing so quickly these days that it can be difficult to keep up with everything new. That being said, there's a very good chance that ice and snow removal may become even easier in the years ahead thanks to science and technology. When you're driving down a clear road in a snowstorm, take a moment to think about all it took to get the roads clear - and then start concentrating on the road so you're not in an accident!

Josh loves snow blowers and other gadgets to help save time. That's why he installed a leaf guard on his gutters last year. When not working around the house, he likes to write guest posts for websites online.